Michael, as he was known, was born in Melbourne on 23 June 1920, the son of Captain C.A. Parker, and was educated at Xavier College, Melbourne. He served in the Royal Australian Navy, and then the Royal Navy from 1938 to 1947, reaching the rank of Lieutenant Commander.

Parker first met the then Prince Philip of Greece and Denmark in 1942, when Philip was assigned to the destroyer HMS Wallace as a sub-lieutenant. They became close friends. As officers, the two men were also united by a relative lack of ready money. As Parker put it: "He was better off than I was, but compared with many people he didn't have a brass razoo." 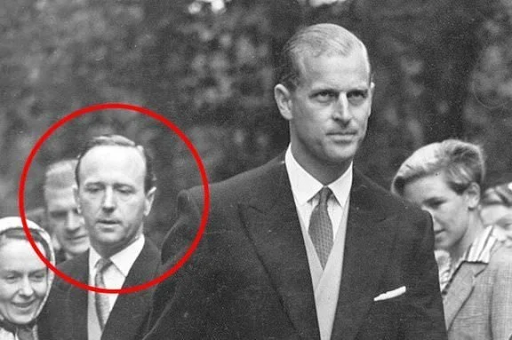 Parker's Aussie disregard for Prince Philip's Royal connections also impressed the future Queen's Consort: "The fact that he was a Prince didn't register with me. I gave him deference when it was official, but if it was not official then 'relax' was the order of the day."

In 1952, Parker was in Kenya with the royal couple and broke the news to them of King George VI's death.  I never felt so sorry for anyone in all my life", Parker later recalled. He (the Duke) looked as if you'd dropped half the world on him."

He was charged with arranging the Royal couple's triumphant tour of Australia in 1954.

Parker's divorce in 1958, reported on extensively in the media, forced him to resign as the Duke's Private Secretary.  The divorce featured in the Netflix series, The Crown.  The first big scandal in season 2 focuses on Parker's divorce and how it nearly brought down the royal marriage.

Although he returned to live in Australia in the late 1960s, Parker remained in contact with Prince Philip until the end of his life. 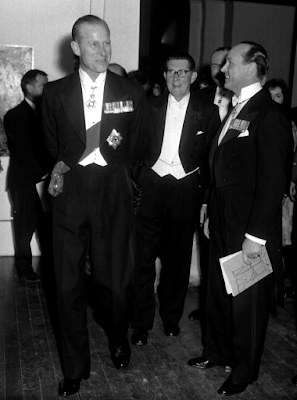 In the 1996 Australia Day Honours, he was appointed a Member of the Order of Australia for "service to education, particularly through the Plain English Speaking Award Scheme, and to the community

He returned to Australia in 1968 and in 1996 he was appointed a Member of the Order of Australia. Michael died in Melbourne on 29 December 2001, leaving his third wife, two daughters and a son.

He is buried at Boroondara (Kew) Cemetery.

Posted by Friends of Kew Cemetery at 10:04